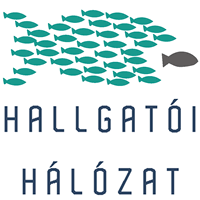 Today’s proposal for a constitutional amendment has made it obvious - even for those who so far doubted it - that the government is openly dismantling the system of checks and balances. According to Article 12 of the proposal, the Constitutional Court will not be allowed to scrutinize the content of any further amendments, which in effect means that the government and its two-thirds parliamentary majority will be able to pass any amendments they want. For example, if the government decides to disenfranchise women, there will be no obstacles. The government practically castrated one of the most important constitutional checks and - if it is at all possible - made the Basic Law even more of a joke.

After making the Basic Law devoid of substance and meaning, the government wants to add its designs to limit movement of graduates abroad and also the annihilation of the autonomy of universities. This not only symbolically humiliates students, but also binds the hands of any future governments that might want to change these abusive measures. From now on, “student contracts” do not remain the absurd policy of the domineering Fidesz government, to be abolished in the first possible instance, but instead they become binding basic circumstance that will determine the life of all present and future students. There is no country where detailed rules on the conditions of entering higher education are set in the basic law, this is a constitutional nonsense. Article 6 of the proposal will charge the government with the financial regulation of public institutions of higher education. This sneaky and vile step will allow the government to eliminate the autonomy of universities.

The government tried to convince everyone during the past weeks that they have satisfied the demands put forth by students. Considering this propaganda, their move to amend the constitution is considered a smack in the face. The government has made it clear that it does not care about the 6 points of December or even its own declared partner, the National Conference of Student Governments.

We will show that they should take students seriously!

See you all on February 11!